All are welcome at Spraoi sa Choill — young and old alike — to play, exercise and have fun together. Children can enjoy the wonders of the playground while teenagers and adults can avail of a variety of outdoor exercise equipment. You may want to go for a gentle stroll, take a thrilling ride on the zip wire or simply watch your child explore and play. You may just want to sit, relax and chat.

Spraoi sa Choill is no ordinary playground! It’s nestled at the entrance to Clonbur Woods and is one of the biggest small village playgrounds in Co. Galway and it keeps all ages and abilities interested and active with some of its novel play equipment and layout. As well as usual play equipment it boasts outdoor exercise equipment for parents, grandparents and minders to use while the little ones explore and play. 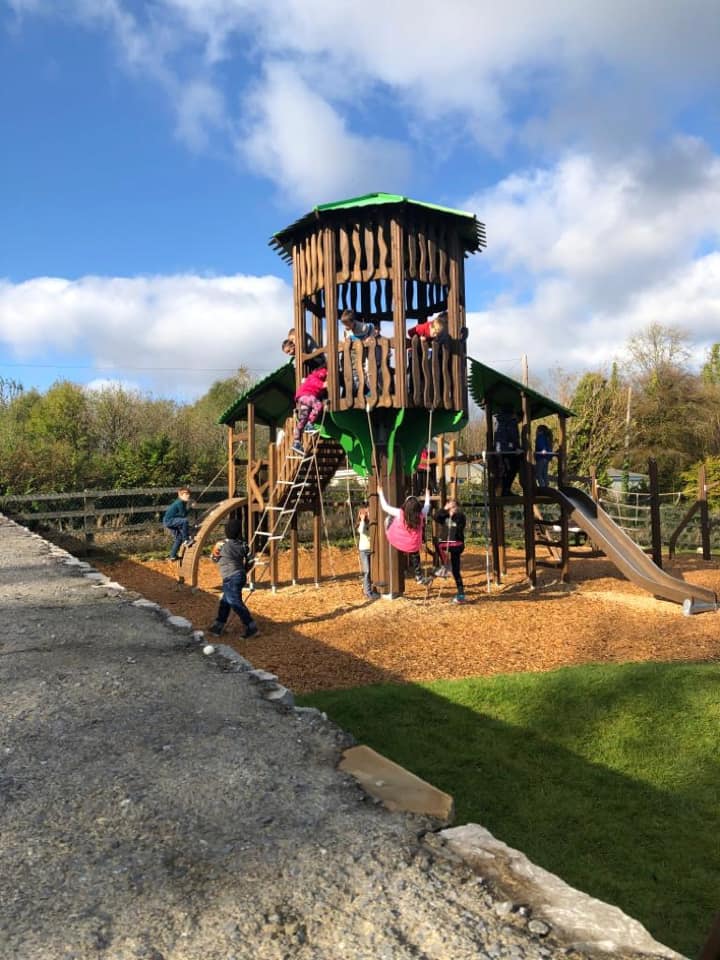 The Spraoi sa Choill committee was formed in 2012 by a group of local people to create a sustainable adventure park and playground in the village of Clonbur. During the following years, with the help of Coillte and CDS Teo., a woodland site was secured on Coillte land at the edge of the village and planning permission was applied for and granted by Galway County Council. Since then generous donations from so many people and several fundraising events contributed to work already done.

After seven years of preparing, planning, fundraising and applying for grants, we were delighted to open the gates of Spraoi sa Choill/Clonbur Woodland Park in October 2019. Word quickly spread around the area that we were ‘open for business’ and it was evident from the outset that Spraoi sa Choill would be very popular with children — young and old — their parents, grandparents and minders as carpark space was a premium!

Sunday 27th October 2019, the day of the official opening finally dawned, and the weather was better than we could ever have hoped for — a clear blue sky and sunshine — something we never expected for one of the last days in October! Perhaps it was thanks to our local Parish Priest – Fr. Gerry Burns – who blessed the playground! The Minister Seán Kyne and Mr. Éamon O’Cuiv TD addressed all those who had gathered for this very special occasion. The chairperson of the Spraoi sa Choill committee – Niamh McGing — also spoke and thanked everyone who helped to turn this dream into a reality.

To get the playground to what it is today, we secured CLAR and LEADER funding and raised €40,00 through local fundraising events and corporate donations. We will be forever grateful to all those people in Clonbur and its surrounding areas as well those farther afield who so generously supported this project in every way they could. 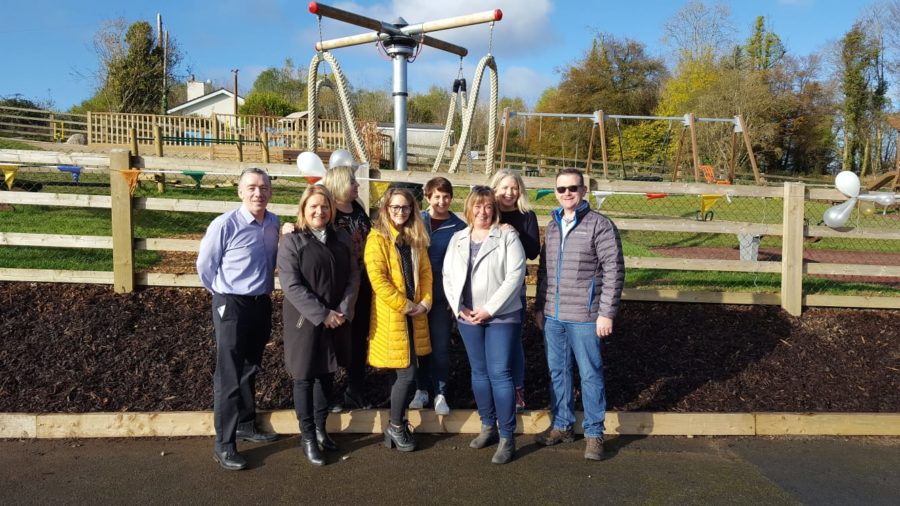 Spraoi sa Choill, surrounded by woodland, is an amenity for everyone to enjoy.

‘One generation plants the trees, another gets the shade’. Chinese proverb 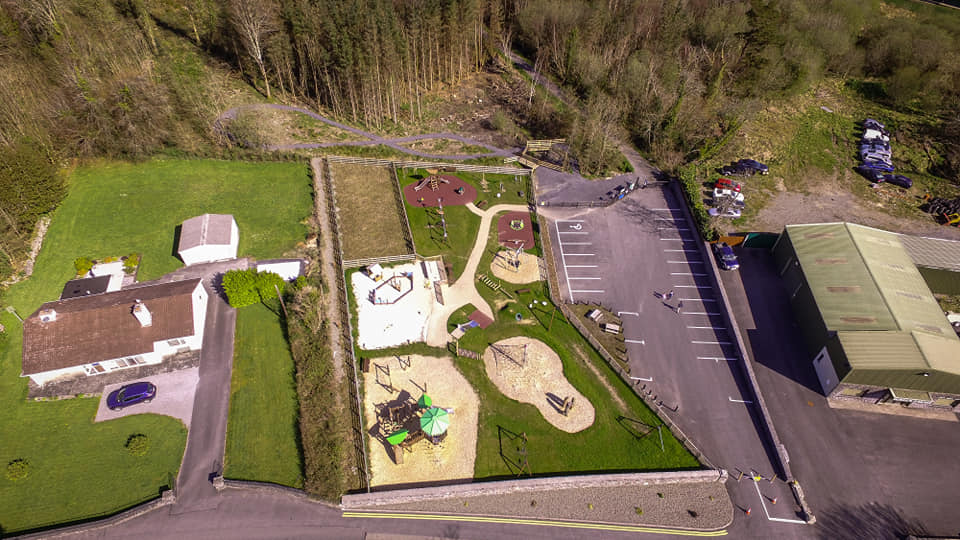 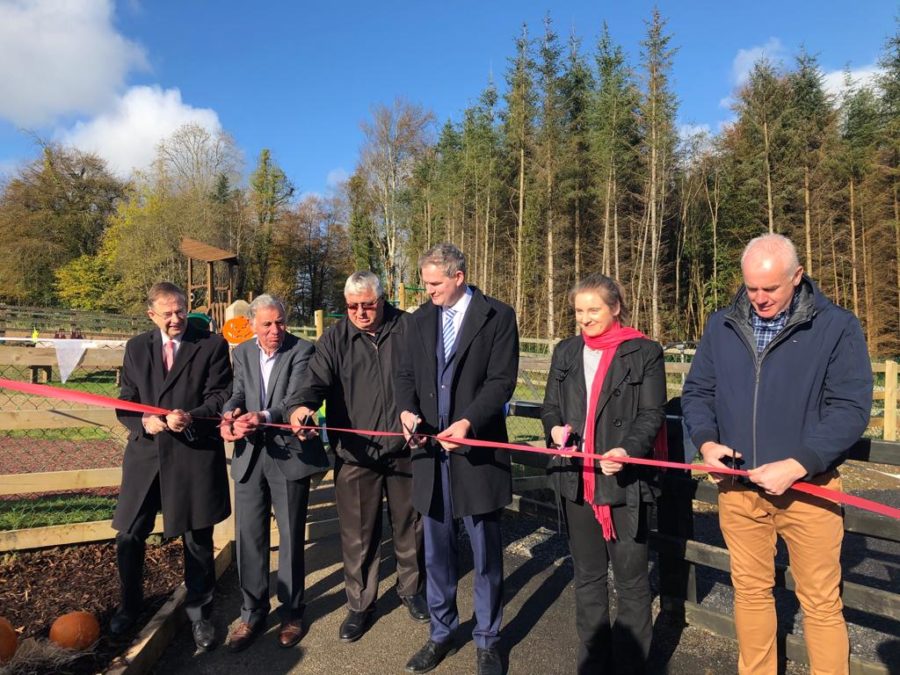 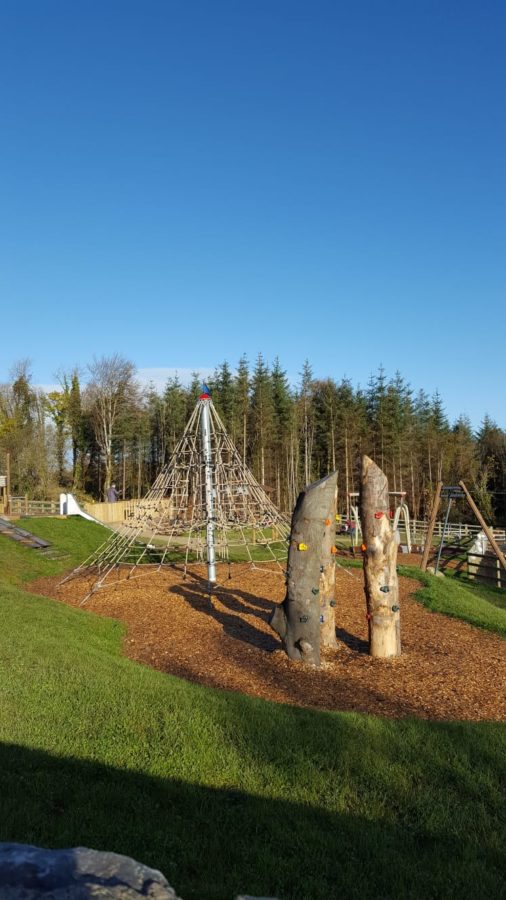